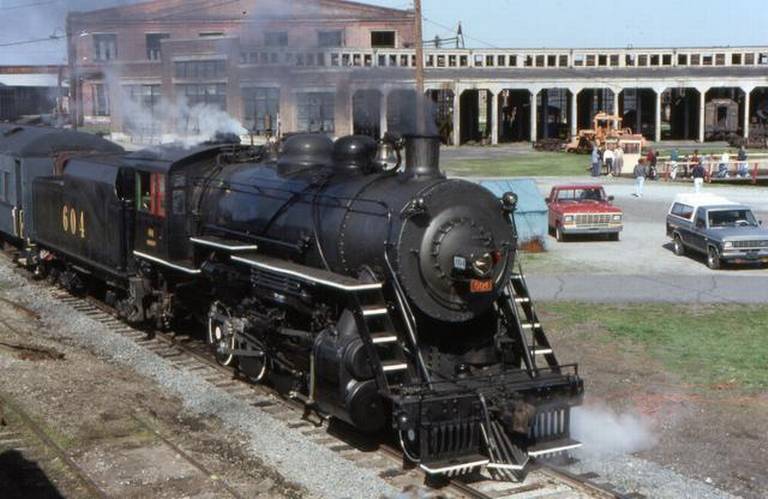 A steam locomotive that has spent the last 37 years at the N.C. Transportation Museum in Spencer will be going home to West Virginia this spring.

The engine, known as the Buffalo Creek & Gauley 2-8-0 No. 4, will be trucked in pieces to Cass, W.Va., where the Durbin and Greenbrier Valley Railroad will get it back in running condition and use it on excursions through the mountains.

The railroad bought the locomotive for $150,000 from the N.C. Transportation Museum Foundation, which acquired it for the museum in 1978. Not only will the engine get the full overhaul it needs, said Kelly Alexander, the foundation’s chief operating officer, but it will return to the state where it operated for decades.

The sale of the old No. 4 engine is part of a wider movement among railroad museums to repatriate equipment to it origins, said Robert Van Camp, a board member of the Durbin and Greenbrier Valley Railroad who lives in Winston-Salem.

In years following the death of steam railroads, museums and tourist railroads grabbed what they could and incorporated them into their collections, often repainting them with the colors and logos of local railroads. When a group of Southern Railway retirees restored the No. 4 engine at Spencer in 1986, they lettered and numbered it as a replica of a Southern Railway engine, 2-8-0 No. 604, which had been based at Spencer.

The engine was the first piece of railroad rolling stock to be restored at Spencer, according to the museum, which now has more than 100 engines and rail cars as well as the largest preserved roundhouse in the country.

“We appreciate the role that No. 4 played in the development of the North Carolina Transportation Museum,” the foundation’s president, Steve Mersch, said in a statement. “We owe a debt of gratitude to this powerful locomotive, and we want to see it run again in its authentic garb and in its home state.”

The locomotive pulled passenger cars on a 3-mile trip around the museum grounds until November 2001, when it was brought into the roundhouse for a major overhaul that all steam engines need every once in a while, Alexander said.

That work was begun, but the museum and the foundation then agreed to use the money elsewhere, and the restoration stopped.

In May, the engine will be shipped, probably in four truckloads, from Spencer to Cass, where the Durbin and Greenbrier Valley Railroad recently took over operation of the Cass Scenic Railroad State Park, which has 10 operating steam locomotives and a repair shop. Van Camp says that it will take about a year and $400,000 to get the No. 4 operating again and that the railroad hopes to have it ready for the engine’s 90th birthday, in 2016.

Buying the No. 4 wasn’t like acquiring an old steam engine that has sat on a siding somewhere for decades. The engine has been well-documented and cared for, Van Camp said.

“We know the scope of the project and what it’s going to take to finish it, thanks to all the work that the North Carolina Transportation Museum did on the engine,” he said.