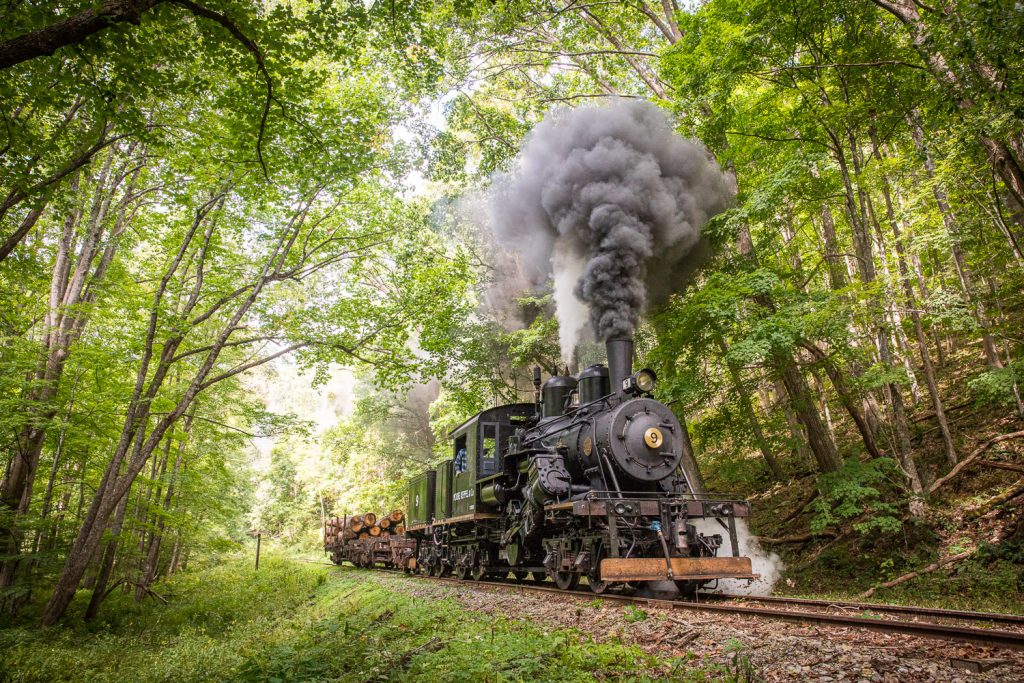 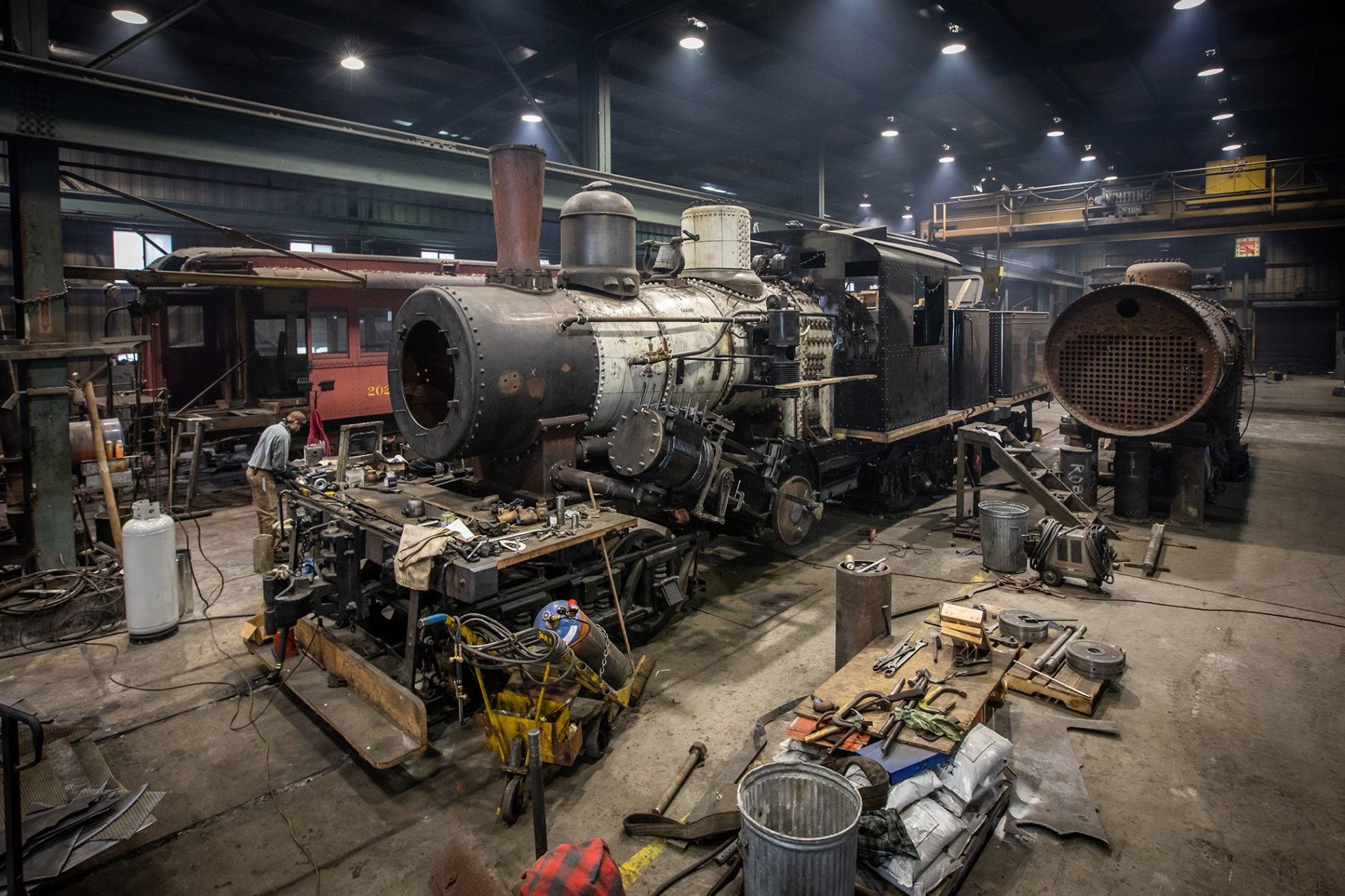 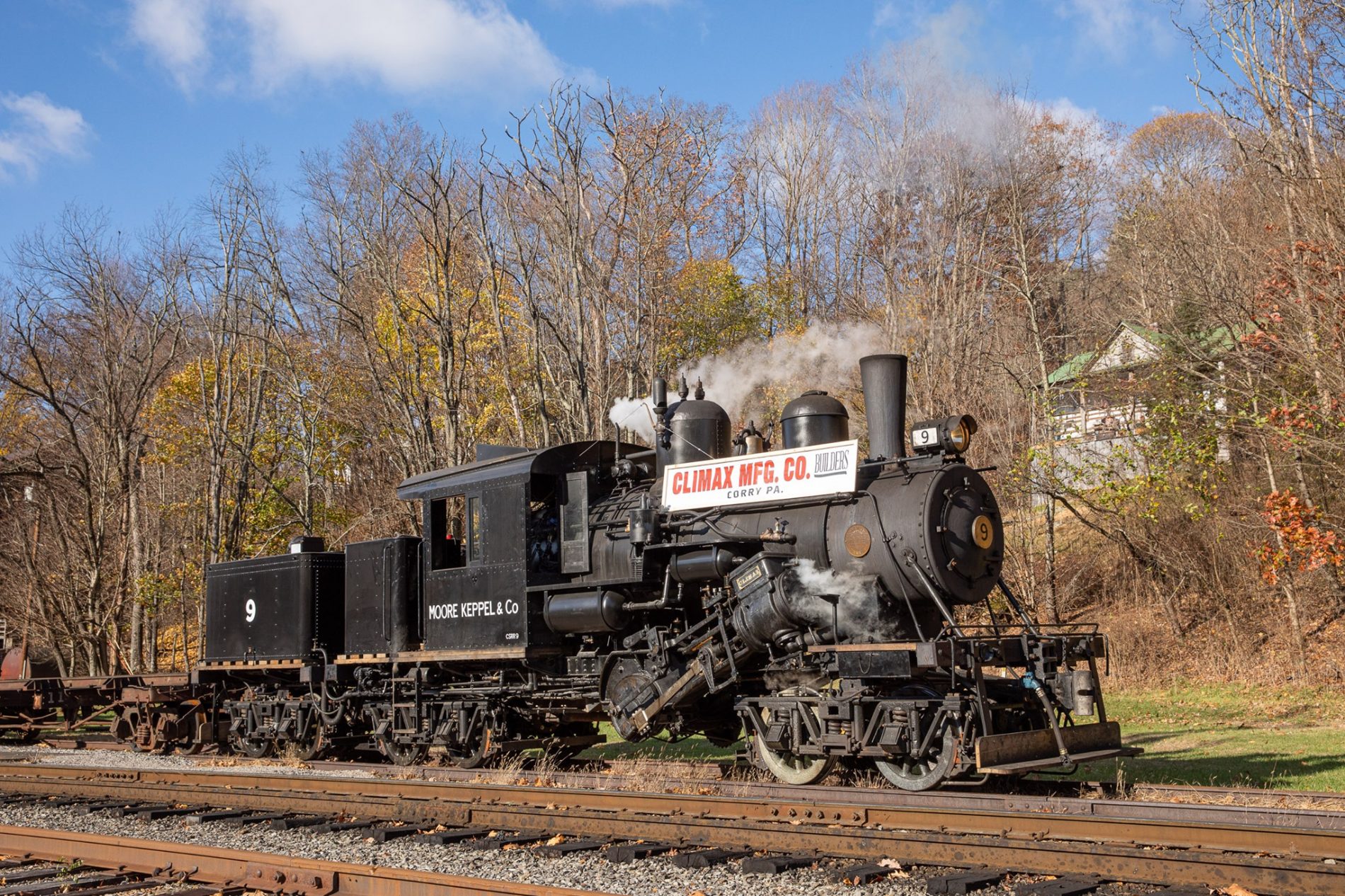 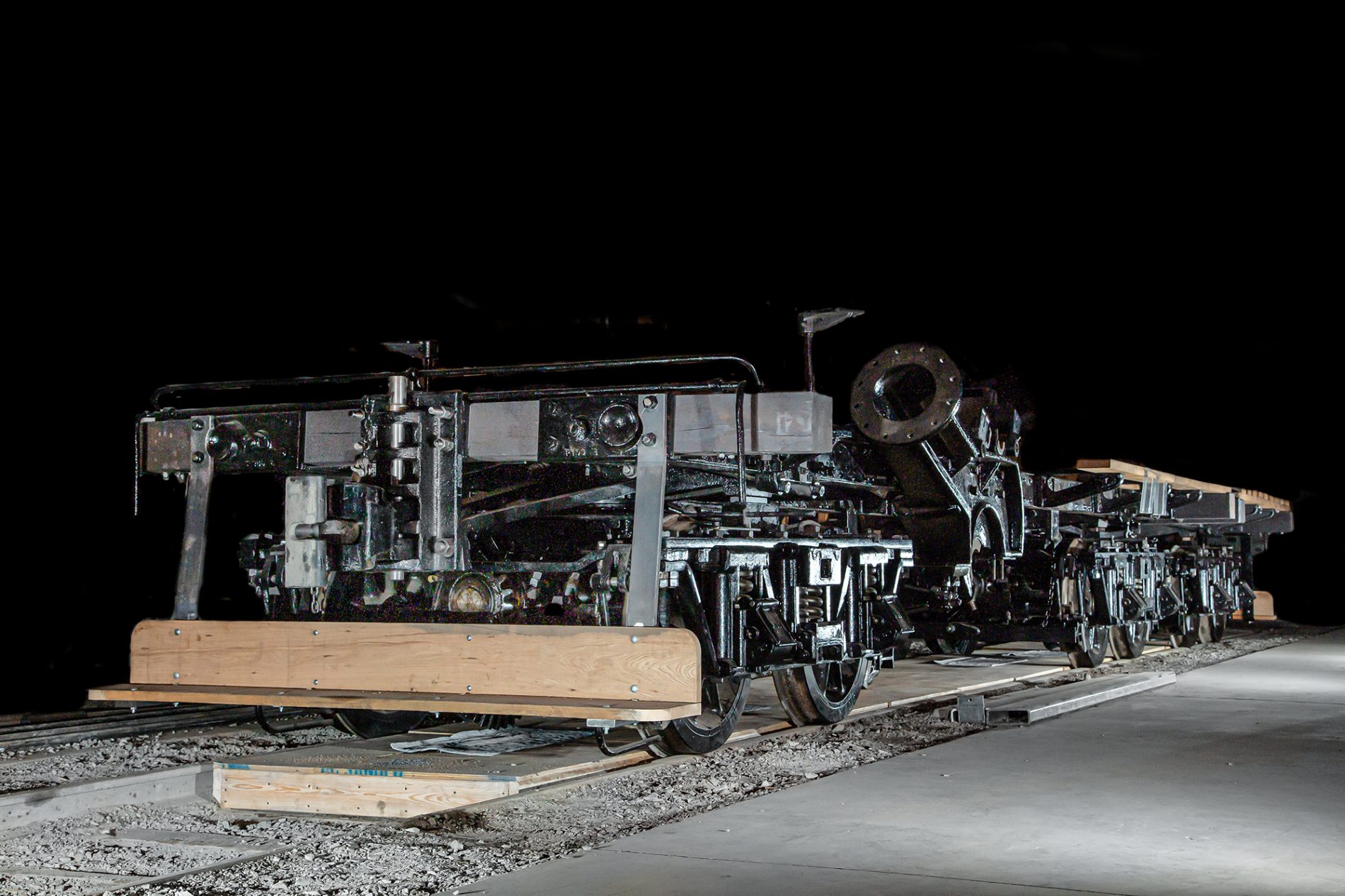 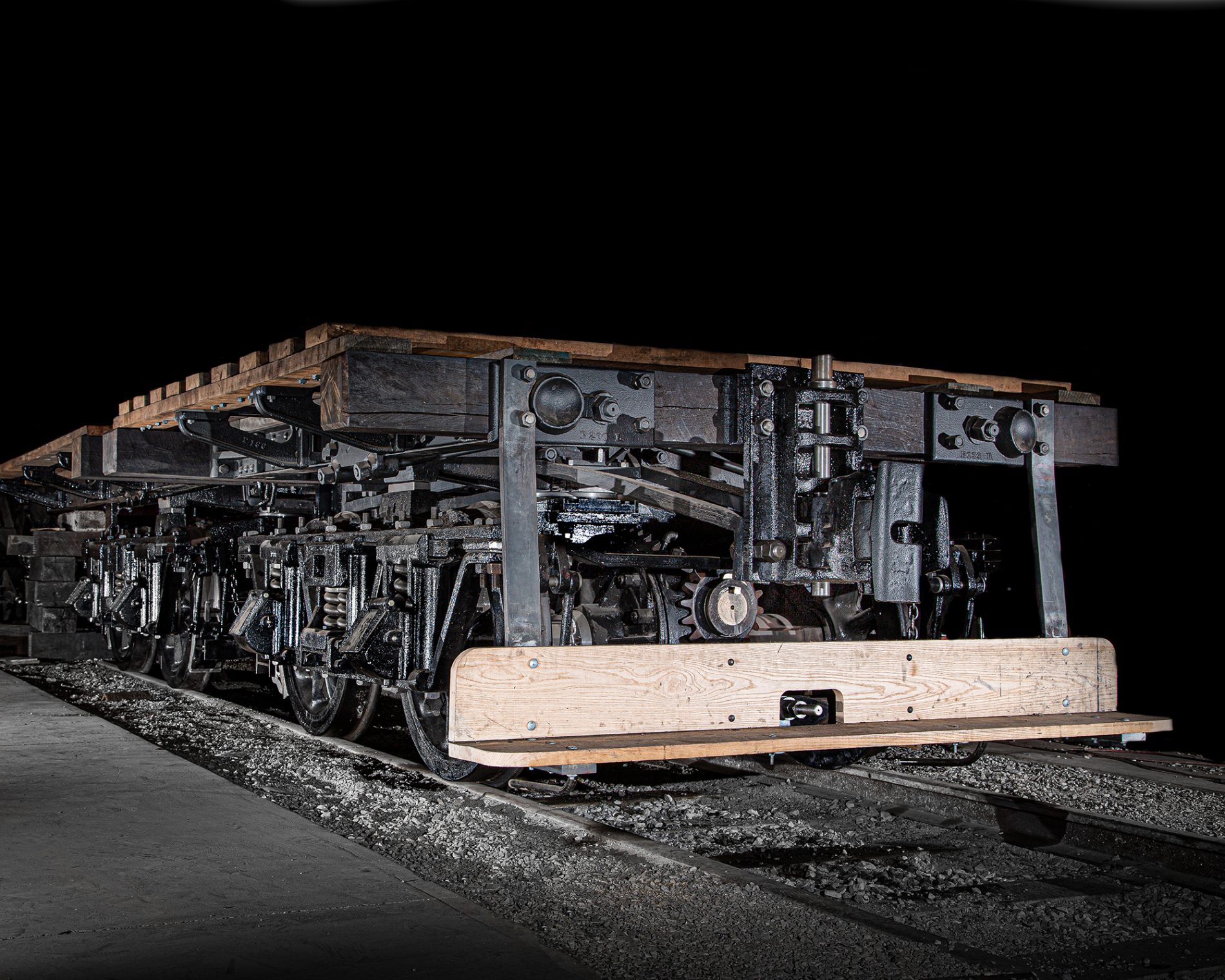 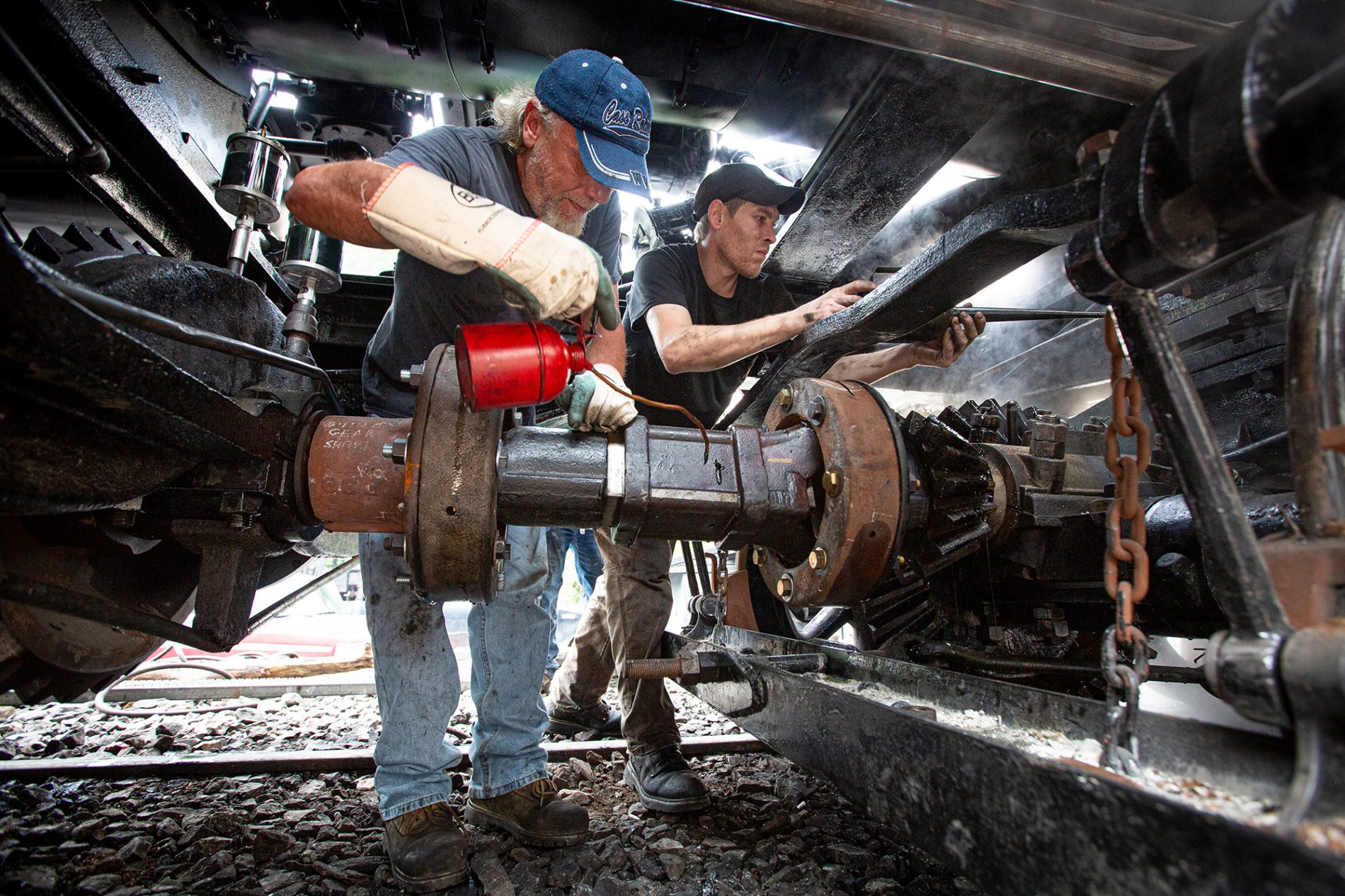 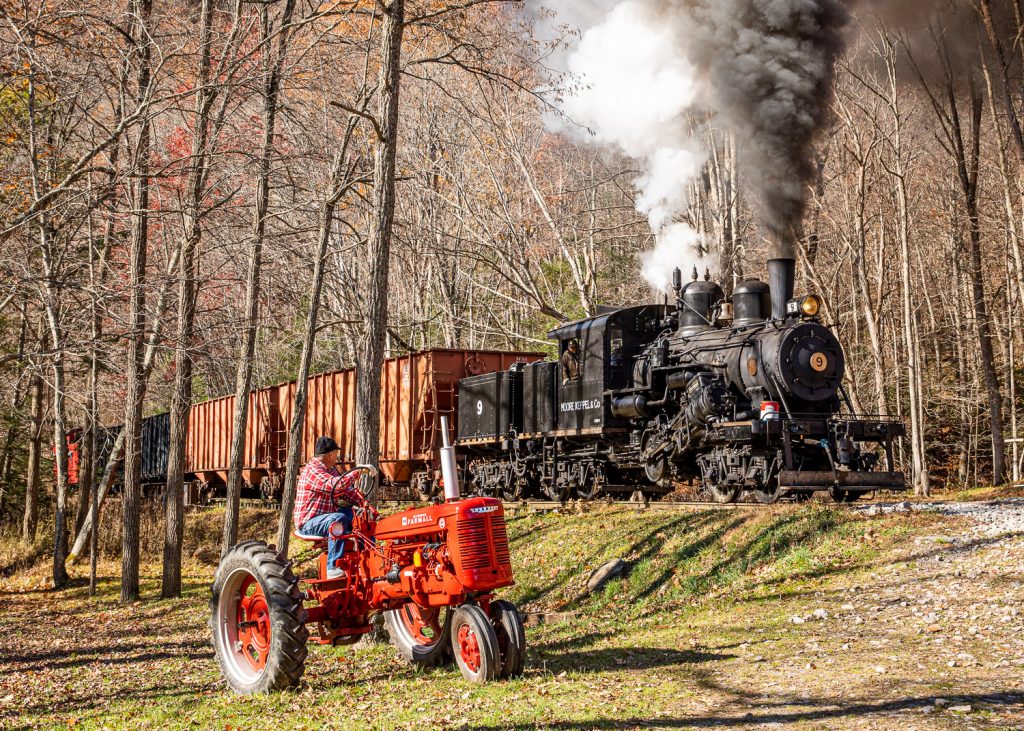 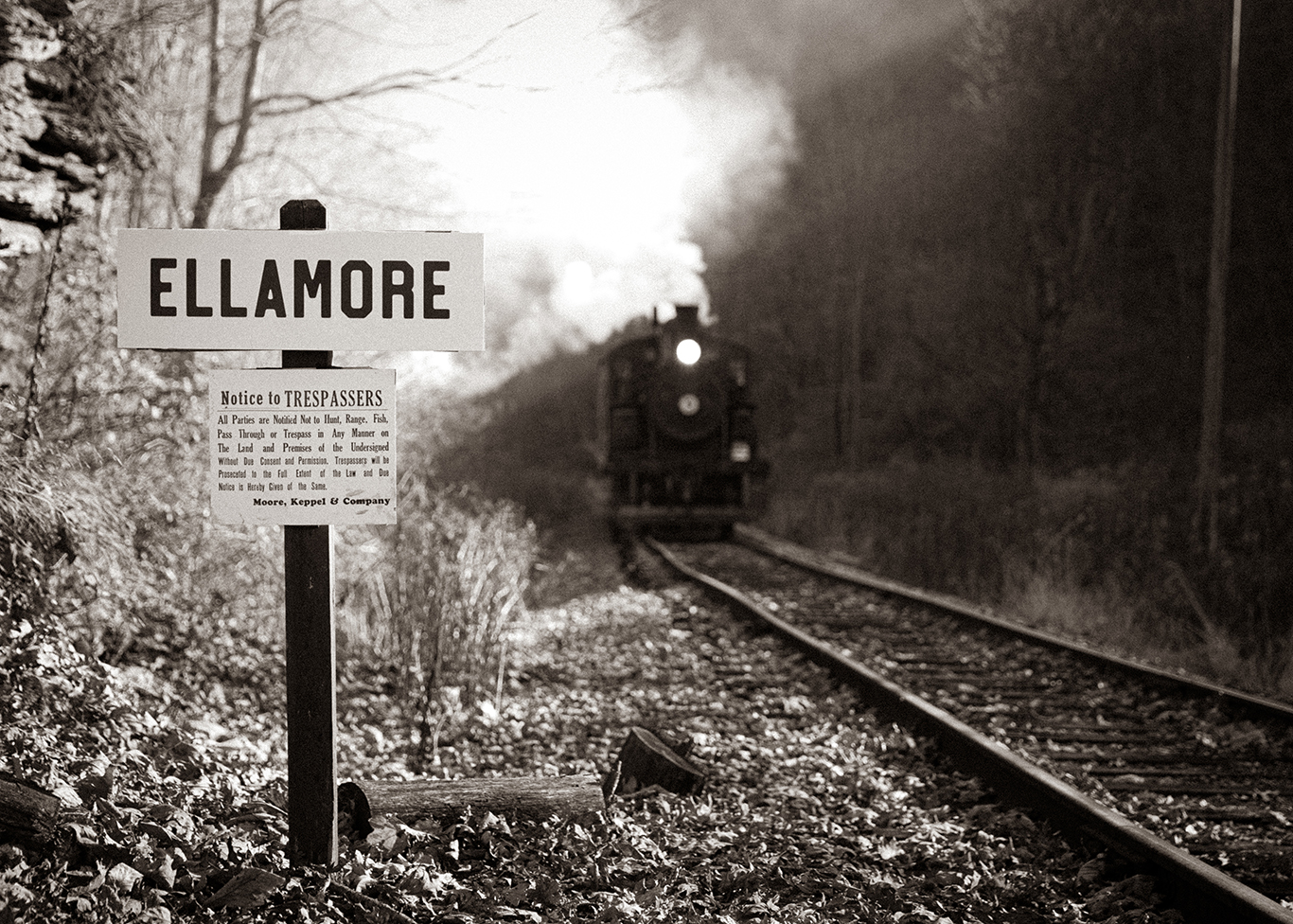 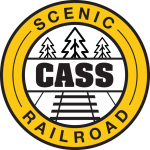 Welcome to the legacy page of Middle Fork Climax No. 9.

The Middle Fork Climax restoration is a top priority at the Cass shop. The Durbin & Greenbrier Valley Railroad has been responsible for the locomotive’s rehabilitation since assuming operation of the Cass Scenic Railroad. The project was spearheaded by the non-profit Mountain State Railroad & Logging Historical Association in 2002. Countless volunteer hours and donations over a more than decade-long period allowed the project to move forward. Now, DGVR is grateful for the opportunity to closeout the Climax project and looks forward to celebrating its return to steam with all railroad enthusiasts and preservationists. Please check back on this page often for regular updates.

Originally, the locomotive was built by the Climax Locomotive Works of Corry, Pa., in 1919 for the Moore-Keppel Co., a lumber company operation, in Ellamore, W.Va. The locomotive spent most of its revenue career serving the lumber mill until its closing in the mid-1940s. After the mill’s closure, the locomotive was sent to the Middle Fork Railroad where it served as a standby locomotive for the railroad’s coal operations. It was ultimately retired in 1960. 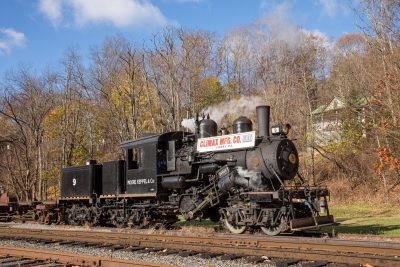